Skip to content
Striving for the Kingdom of God through worship, prayer, fellowship and ministry.
Top Menu

The History of the Episcopal Church in Alaska

The work of the Episcopal Church in Alaska began in Anvik in 1887. Two men, the Rev. Octavius Parker from Oregon and the Rev. John Chapman from New York City founded Christ Church mission on the lower Yukon River. Previous to this, Canadian Anglican missionaries had come to the upper Yukon and had even come as far downriver as Tanana. This established a precedent for Episcopal work on the Yukon and Tanana drainage.

In 1890, an Episcopal missionary doctor, John Driggs, was sent to Point Hope on the Arctic Coast to start a school and to minister to the medical needs of the Inupiaq people. Dr. Driggs lived with the people of Point Hope for 18 years. His work made for a strong Episcopal church on the western Arctic Coast.

In 1895, the Rev. Trimble Rowe was elected the first bishop of Alaska. He came into the country across the Chilkoot Trail. His ministry focused on the medical needs of gold miners in the gold rush towns and on the Native people, who were falling prey to many diseases brought by the white man. Bishop Rowe founded hospitals in Skagway, Wrangell, and Ketchikan as well as Fairbanks, Ft. Yukon, Rampart and Iditarod. The church also established boarding schools for orphaned Native children at Nenana, Tanana, Ft. Yukon, Anvik and Tanacross. Bishop Rowe serviced until 1942. Archdeacon Hudson Stuck, remembered for his ministry and his ascent of Mt. Denali, arrived in Alaska in 1904. He died on October 10, 1920 and is buried in Ft. Yukon.

Bishop Bentley succeeded Bishop Rowe and serviced until 1947. Bishop Bentley had come to Alaska as a layman and was ordained deacon, priest and bishop while service here. He is well known for his summer travels by boat when he would visit the missions up and down the Yukon and Tanana Rivers.

In 1948, the Rev. William J. Gordon, the priest at Point Hope, was chosen as the third bishop of Alaska. He served for 25 years. During his time he championed the cause of Native people and worked hard to put a priest in every village. Traveling by boat was too slow, so Bishop Gordon learned to fly and with the church plane he was able to bring people together in a way that had never been possible before.

In 1968 a significant conference took place in Ft. Yukon. It was the beginning of teaching people to run their own churches, to learn to do without white, ‘outside’ missionaries. Many Native people were ordained by Bishop Gordon. This reflected a tradition begun by Bishop Rowe in the earlier years with the ordinations of William Loola of Ft. Yukon, Paul Mather of Ketchikan and Albert Tritt of Arctic Village.

In 1971, Alaska became a diocese with much less monetary support from the National Church. This started a period of transition for the new diocese. The first years of this transition were marked by the resignation of Bishop Gordon in 1974. He was succeeded by the Rt. Rev. David Cochran as bishop. During his tenure a spirit of enfranchisement came to the diocese. It was a time of growth for some of the smaller, non-native communities for the conference centers at Meier Lake and Petersburg.

Bishop Harris, the fifth bishop of Alaska, was elected in 1981. Under his leadership the diocese became linked more with the National Church and was ‘put on the map’ so to speak after many years of not being very important in the light of urban, social ministry programs. The cities and towns have continued to get attention.

In March of 1991, the Diocese of Alaska elected the Rt. Rev. Steven Charleston as bishop. A member of the Choctaw tribe in Oklahoma, Bishop Charleston is the Diocese of Alaska’s first Native American bishop. Bishop Charleston has devoted his time to the renewal of the Episcopal Church in Alaska in all aspects of its corporate life and to the raising up of Native leaders both lay and ordained. In anticipation of the year 2000, the bishop is also leading the diocese. 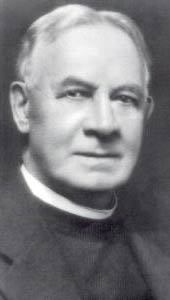 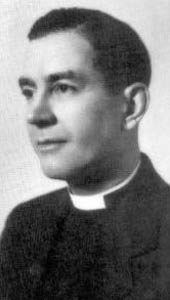 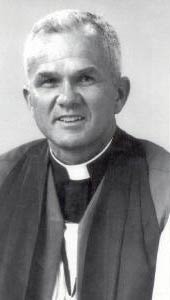 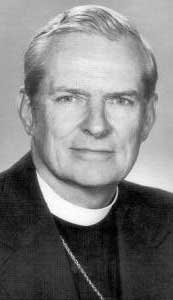 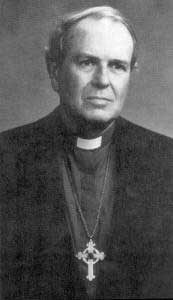 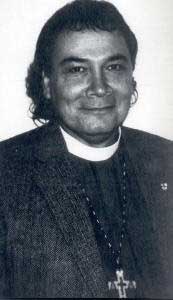 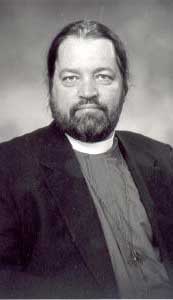 The Rt. Rev. Mark MacDonald, VII bishop of Alaska, was born on Jan. 15, 1954 the son of Blake and Sue Nell MacDonald. His formal education includes a B.A. degree in Religious Studies and Psychology from the College of St. Scholastics, Duluth, MN, a M.A. of Divinity Degree from Wycliffe College, Toronto, Ontario, Canada; and post graduate work at Luther-Northwestern Theological Seminary in Minneapolis, MN.

Consecrated Bishop of Alaska, Sept. 13, 1997. Presently, the bishop is on the board of The Indigenous Theological Training Institute; the faculty of Leadership Academy for New Directions (Land XXVIII); and, a trustee of the Charles Cook Theological School in Tempe, AZ; and is the Board Chair for Church Innovations, Inc., member of the Episcopal Council of Indian Ministries, Member of the Governor’s Council on Suicide Prevention (AK), President of Alaska Christian Conference. He is also a Third Order Franciscan.

Among his published works are “Native American Youth Ministries,” co-authored with Dr. Carol Hampton and published in Resource Book for Ministries with Youth and Young Adults, the Episcopal Church Center, New York, NY, 1995; “It’s in the Font: Sacramental Connections between faith and environment,” Soundings, July 6, 1994, Vol. 16, No. 5; and A Strategy for Growth for the Episcopal Church: Joining Multiculturalism and Evangelism, Inter-Cultural Ministry Development, San Jose, CA, 1994. 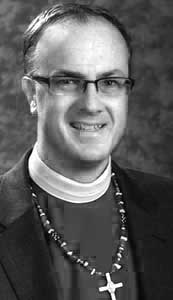 The Rt. Rev. Mark Lattime was elected the eighth bishop of Alaska in 2010. He served churches in New York and Virginia before coming to Alaska. He was a Clerical Deputy to General Convention in 2003, 2006 and 2009 from the Diocese of Rochester, where he also served in numerous diocesan capacities including: Diocesan Council, Standing Committee, as a dean of the southwest destrict and a stewardship consultant.

Prior to 2000, Bishop Lattime served as college chaplain at Canterbury Fellowship and also as associate rector at the R.E. Lee Memorial Church in Lexington, Diocese of Southwest Virginia. He holds a M.Div. from Bexley Hall and a B.A. in anthropology and religion from Dickinson College.

Bishop Lattime served his community in Geneseo, NY as a volunteer ambulance driver and also as a board member for the Wadsworth Public Library. He is father of three children, Allison, David and Jack. He is a licensed pilot who also enjoys camping, skiing, biking, boating and vintage snowmobiles.

Bishop Lattime places a priority on nurturing our common life in Christ and our unique identity as Episcopalians and Alaskans. His desires for the Diocese include developing and forming leaders from within our diverse communities and renewing our call to strive actively for the Kingdom of God.