Skip to content
Striving for the Kingdom of God through worship, prayer, fellowship and ministry.
Top Menu

While in Canterbury, the Lambeth Conference bishops had exclusive access to Canterbury Cathedral, another popular tourist and pilgrimage center. But during the Lambeth  Conference, while we were at prayer, there were no visitors wandering about taking pictures; nor were there Tour Guides whispering loudly the facts and figures of every stone, statue, or column.  Canterbury Cathedral, being closed to tourists, was a silent house of prayer.

Not so the mid-week Eucharist at St. Paul’s

The Service was held at the great transcept.  We sat in modern movable chairs arranged in a semi-circle in alignment with the circumference of the great central dome.  A single priest, the Cathedral Chaplain, stood at a folding lectern (sort of a standing height TV table).  One lesson, no psalm, a Gospel reading, the prayers of the people, the peace, and on to the Great Thanksgiving.

The liturgy, or the parts said by the congregation, was printed on a single tri-fold sheet of paper.   No prayer books were in sight.  I recognized the liturgy to be loosely based on the 1662 Book of Common Prayer, but it was in modern English (the way the British speak and spell it), and we had no difficulty following along and responding when appropriate.   It wasn’t exactly what we are used to, but certainly common to us.  Common enough, at least, to seem natural.

What was uncommon, however, was the experience of participating in the sacred liturgy of the church whilst (that’s British English for ‘while’) tourist milled about taking pictures, staring upwards at the dome and ceiling, and listening to “hushed” tour guides describing every stone, mosaic, and painting.

A most uncommon experience of worship.

And, yet, it was worship.  It seemed like we were there, in this glorious cathedral church, for some countercultural higher purpose.  We were witnessing to the holiness of God whose son Jesus came into a distracted and indifferent world to quietly disrupt it with a message of glory- not the glory found in extraordinary edifices, magnificent mosaics, or dramatic domed structures, but in humble self-sacrificing love.

That is the common prayer of the faithful in Christ.  I have experienced the glory, the presence, the true living hope and grace of our risen Lord just as much and more in St. Paul’s, Grayling, as in St.Paul’s, London.

We who are many are one body, for we share one bread.

I am looking forward to being home in the Diocese of Alaska, in the presence of God, in the love of Christ, in the hope that is all who are in Christ Jesus and his love. 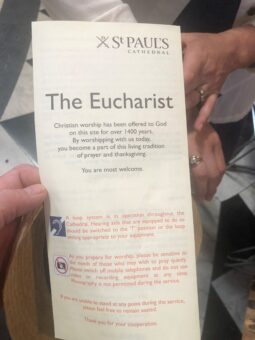 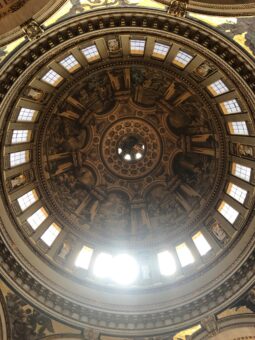 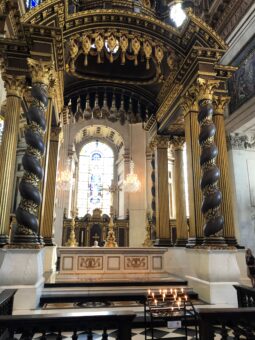 Category: From the BishopAugust 12, 2022
Sign Up for the Latest News
Recent Articles
Go to Top